Escherichia coli is a facultative anaerobic gram negative rod shaped bacteria that is of significant importance in the pharmaceutical and healthcare industries. E. coli is commonly found as part of normal human and animal flora. The vast majority of strains are harmless, often even beneficial to the host, but infection with certain strains cause gastroenteritis and urinary tract infections.

E. coli is one of the most well-known bacteria, it is named after the paediatrician Theodor Escherich who first discovered the organism in 1885. Prior to reclassification the organism was named Bacillus coli due to its rod shape (Bacillus) and its inhabitancy of the human colon (coli). Interestingly, there is evidence to suggest that Salmonella spp.and Escherichia spp. diverged evolutionarily due to their changing hosts. Salmonella evolved to colonise birds and reptiles whereas Escherichia evolved to colonise mammals

E. coli contains some of the most genetically and phenotypically diverse bacterial strains, according to a 2010 study only 20% of E. coli genes are shared across all strains (1). This variation gives rise to a large diversity of pathogenicities and symptoms caused by infectious strains. A highly virulent strain of Enterohemorrhagic Eschericia coli (EHEC) strain O157:H7 produces Shiga toxin leading to life threatening symptoms. Shiga toxin disrupts the normal function of Kidney cells, red blood cells and intestinal epithelial cells. Disruption of these functions cause kidney failure, destruction of red-blood cells and inflammatory responses in the intestine leading to blood in the digestive tract. Infection with EHEC has very few treatment options as routine antibiotics often exacerbate the infection. (2)

Characterisation of E. coli strains becomes increasingly difficult due to a mechanism known as horizontal gene transfer via bacterial conjugation. This is where bacterial cell can transfer genetic information in the form of a plasmid. This plasmid is a short loop of DNA that can be transported across a physical bridge created between the bacterial cells by a bacterial pilus. Bacterial conjugation, and thus horizontal gene transfer, is one of the mechanisms primarily responsible for spreading antibiotic resistance. The conference of resistance occurs when a plasmid containing a resistance gene is transferred. In E. coli, a commonly transferred resistance plasmid is that of a beta-lactamase enzyme which breaks down penicillin and cephalosporin antibiotics. Another codes for multi-drug resistance (MDR) proteins, which are small efflux channels that actively pump harmful molecules, therefore antibiotics, out of the cell.

In research, these plasmids can be used to our advantage. Insertion of a modified or synthetic plasmid into a bacterial cell can allow us to express a gene or produce a protein of our choosing. After the insertion of gene that was not previously present, the organisms is considered recombinant. A primary and well known example of this is that of insulin. Prior to the advent of recombinant micro-organisms pig insulin was used for the treatment of Type I diabetes, which is significantly less effective than the human protein. The human insulin gene is merged with a bacterial plasmid and inserted into bacterial species, which in turn allows the bacteria to produce the human insulin protein. A large part of the biotechnology industry is responsible for culturing these recombinant organisms followed by harvesting and purifying the insulin product. Many other therapies are also produced in this way such as the hepatitis B vaccine and human growth hormone.

The severity and risk associated with an infection means it is essential to check for the presence of E. coli in pharmaceutical finished product, water systems and hospital medical equipment. Many oral, topical and injectable medicines have an 'absence of E. coli specification' defined in the major pharmacopoeias. The isolation of E. coli in a water system should be a very rare occurrence and is a key indicator of both water system health and process design. Remedial actions typically include increased sanitisation of the system or water system engineering solutions. One of the main sources of E. coli in a cleanroom or process can come from poorly designed drains and sinks. In addition to this, the use of hoses which can draw contaminated liquid from a drainage area can increase the risk of E. coli contamination. Occasionally, E. coli contamination of product can come from operators involved in the manufacturing process, who may require training review or review of the company hand-washing procedure. The detection of E. coli via environmental monitoring should include a rigorous root cause investigation with the aim to remove the source of contamination.

Should you require any laboratory support for the microbiological monitoring of your water system, Honeyman can offer the full suite of routine TVC, absence testing, environmental monitoring and identification services. In addition, if you have an ongoing problem with your water system, our engineering team can provide consultation and carry out any remedial action as required. 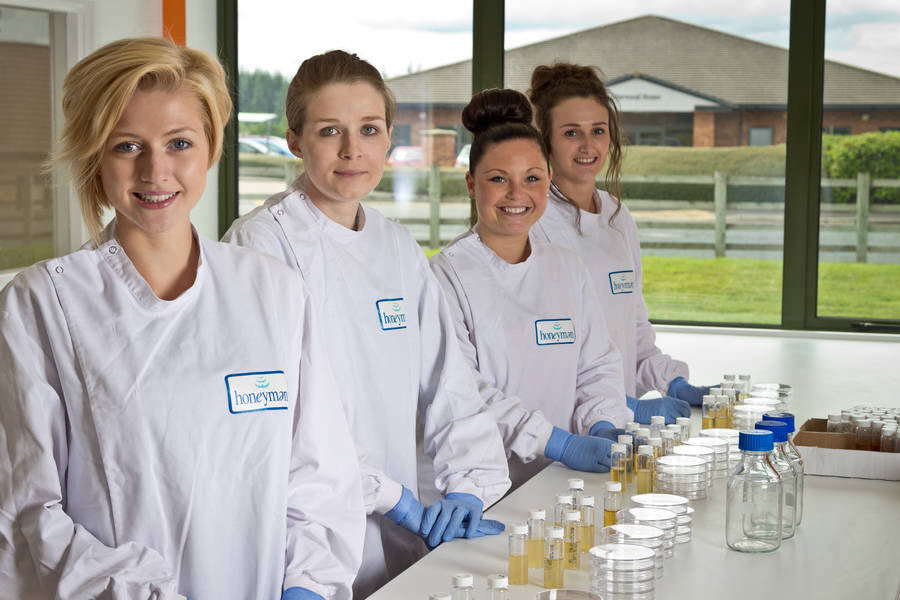 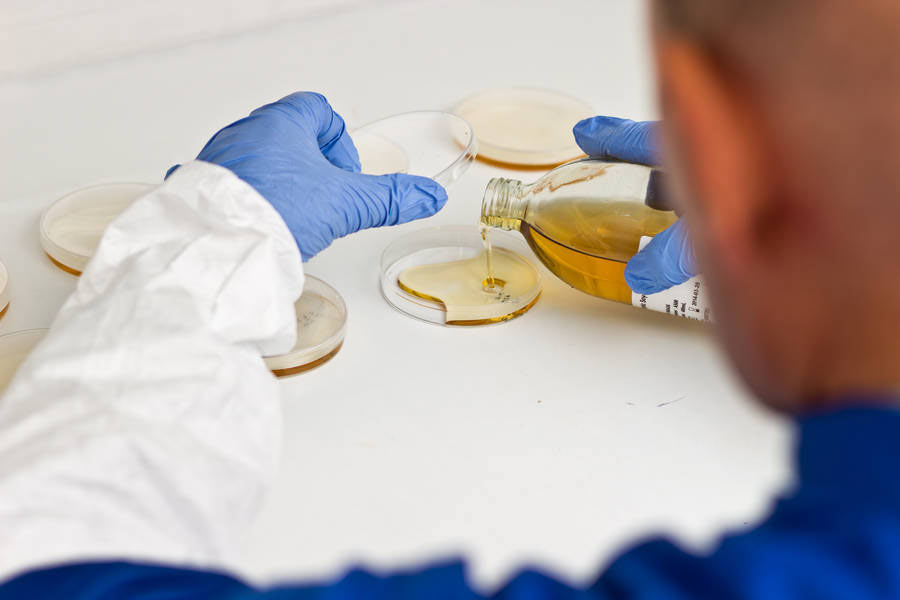 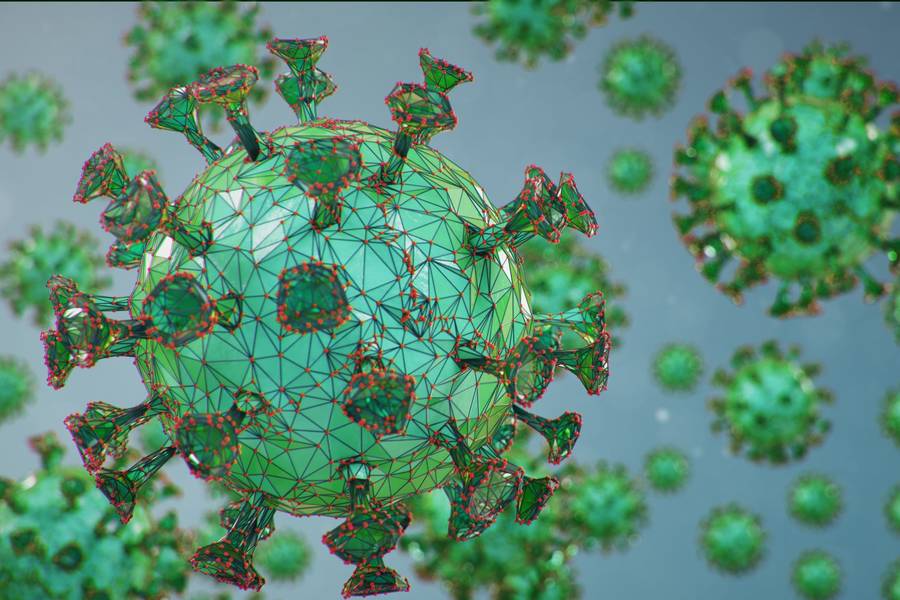 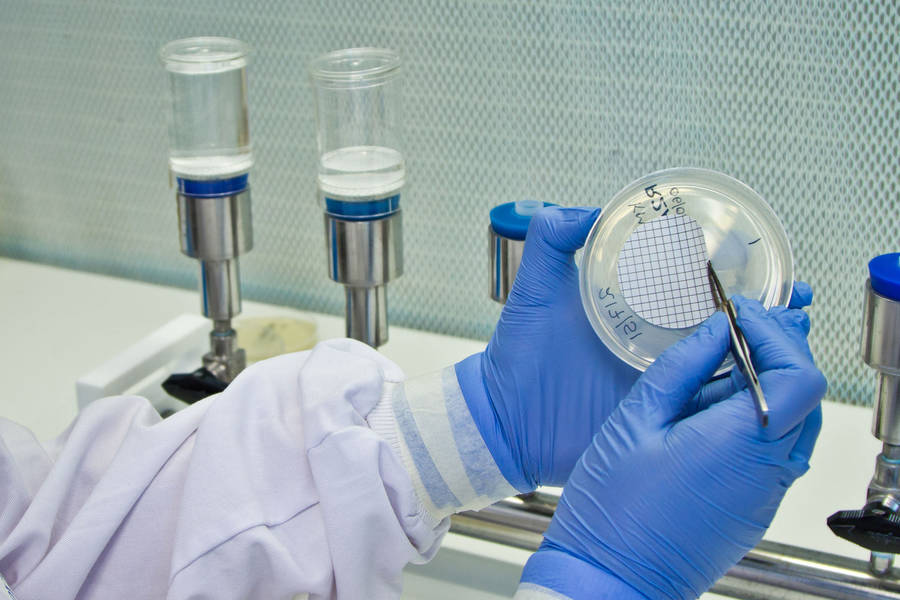